The Story of The Rarest Nissan Skyline GT-R: R33 LM 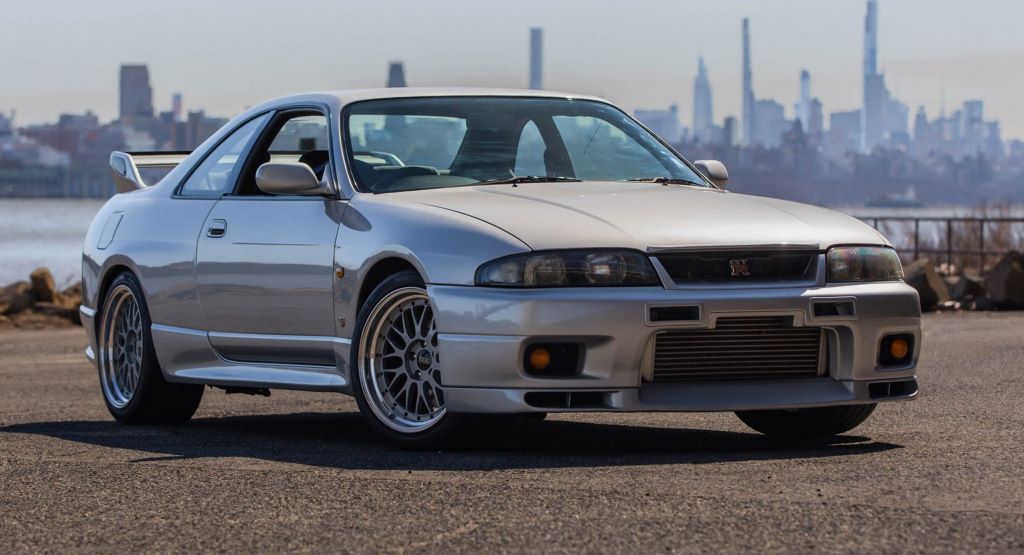 Below is the story of a one-of-a-kind model that only appears less but still has tons of impact to brag about in the future, the 1995 Nissan Skyline GT-R R33 LM. Let’s follow along with Car From Japan to find out more about this legendary Skyline right now!

The Story of The Rarest Nissan Skyline GT-R: R33 LM

There are some particularly rare Nissan Skyline GT-Rs such as Z-tune, R400, and of course Brian O’Conner’s electric blue R34. But there’s only one Godzilla that’s truly as rare as a unicorn, the R33 LM.

Gran Turismo fans may recognize the silhouette of this wide, squat R33 from the original game’s trailer. It’s a car that has been recreated in every episode of the racing series since then. But when multiple copies can exist in the magical pixel world, only a few hard copy exist.

The existence of the R33 LM was a result of the changing state of endurance racing in the early 1990s. In the late 80s, Nissan tackled endurance races on two legs with a series of large swing-wing prototypes. These include R87E, R88C and R89CK.

However, a rewrite of the rules in the early 1990s severely affected Nissan’s Group C programs and rendered these cars obsolete by 1994. While other manufacturers decided to pull back and save some cash, Nissan got back to the drawing board and started developing an all-new car line.

The new regulations abolished all but the prototype race cars, favoring production GT cars instead. With this in mind, Nissan has decided to base its new racing car ‘GT1’ on the latest generation Skyline GT-R capable of conquering any opponent.

The legendary R32 Calsonic Skyline beat every competitor, winning 29 races from 29 starts over four seasons – a feat that has earned it the name Godzilla. And for the next chapter, Nissan entered the race to succeed with the R33 LM.

R33 has a massive body kit to improve aerodynamics, cooling, and traction. But before Nissan could bring the R33 LM to Le Mans in 1995, it had to be homologated.

Directly, the R33 has more presence and aggression than you imagine. The arches are 50mm wider at all angles than the standard car. It also has air intakes and scalloped bonnet vents, all of which add to the dramatic look.

What’s under the hood is a GT-R engine with as much a surprise as the wheel. Unfortunately, the race-ready inline six-cylinder RB26DETT has dropped to 300 hp, instead of the full 400 hp. Inside, it gets basic trim with an Alcantara Nismo racing steering wheel and hip-hugging checkerboard seats.

The rear features a completely redesigned bumper, specifically designed to allow race versions to match the efficient aerodynamics of the chassis. The car’s stock multi-link suspension has also been scrapped and replaced with double wishbones at all corners in a fully adjustable race-ready setup.

With a new racing car dashboard and modifications, the car weighs at just 2,535 pounds and boasts a massive horsepower from a turbocharged engine.

In addition to the usual fun reverse driving, the Nissan Skyline GT-R R33 also has several special touches, the first being the Series 3 GT-R. Think of it like an LCI for BMW and the R33 has received two in its lifetime (so Series 1, Series 2, and Series 3).

The Series 3 was produced in 1997 and 1998 and features several updates from the earlier R33 Skylines:

In terms of worldwide competition goals, Nissan built two race cars to compete at Le Mans. Cars #22 and #23 faced off against rivals, including the Ferrari F40 LM and McLaren F1 GTR in the 1995 race.

Number 23 was given a tough racing assignment but had to retire due to a mechanical problem. Meanwhile, the tortoise number 22 ranks 5th in the rankings, right behind 4 McLaren F1 GTRs, and 10th overall.

1996 was less successful with the 22nd not finishing the race. The car number 23 ranks 10th in the GT1 category, and 15th overall. The game has changed at this point. The Porsche 911 GT1 stunned the competition with a purpose-built sports racing prototype thanks to its resemblance.

A road car-based entry like the Skyline GT-R LM would not be super competitive anymore, and Nissan had moved on to the purpose-built R390 GT1.

This is why ’90s cars are still so coveted – this thing works like it was built last year. The interior is spartan, but the fabric upholstery is comfortable and can hold you in place when cornering at high speeds. It’s a bit noisy when the Skyline GT-R hits potholes, but it’s tolerable if you want to drive it every day.

The Nissan aesthetic is immediately obvious, all the gauges and knobs are familiar. The details are interesting with the rear wing swings, the good vibrating gear lever, sharp turns and playful chassis.

The R33 LM continued to inspire the LM Limited special edition later, of which 188 were produced, but they did not have the wide body and intimidating appearance as the original.

Today, the R33 GT-R LM is in the Nissan Heritage Collection, also known as the Nissan DNA Garage. It is rarely driven, even Carlos Ghosn was turned down the opportunity to get behind the wheel.

The same features applications of Nissan have been offering us great performance cars, along with some of the best models throughout the Nissan Skyline GT-R history. It’s a pity that Nissan stopped making more wide-bodies like the R33 LM for the street because that look is worth everything.