What Makes The Nissan Silvia A Great Drift Car? 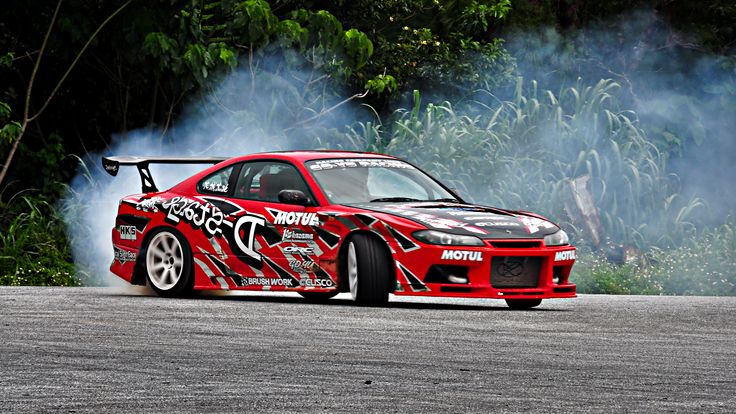 Gaining its rise in pop culture through movies like “Fast and The Furious” and video games such as “Need for Speed” and “Forza Motorsport”, “drifting” is by far one of the most popular and fastest-growing forms of motorsport today.

If you are one of the fans of the most fun things, we are sure that you can’t ignore the drift Nissan Silvia – these models have become a legend in the drifter community. So what makes the Nissan Silvia a great drift car? Let’s stuck in this article:

What Makes A Good Drift Car?

Before going into the specific features that make Nissan Silvia a legend in drift cars, we will find out: What is a good drift car? In a nutshell, Drift is the act of locking the rear wheel of the vehicle and then turning the vehicle around while maintaining control of the body and not losing speed.

This technique gradually became popular and became a sport for speed enthusiasts. We can imagine a good Drift car will need to ensure the following requirements:

Based on these criteria, Nissan mechanics have built the Silvia to become the most effective drift car.

What Makes The Nissan Silvia A Great Drift Car?

Silvia, 240SX or 200SX depending on the market, they’ve become the most popular car among drifters. Nissan 240 SX and 200SX were sold in North America and in other parts of the world. The S-chassis is very popular in motorsports, especially in the S13 through S15 vehicles. S13, S14, and S15 models of Silvia have the weight distribution, lightweight, aftermarket support, and handling that drifters appreciate. We can say that in the drifting community, the car has been made a landmark in the sports car of Nissan.

Depending on the market, the models will be equipped with suitable engines by Nissan engineers, however, the SR20DET turbocharged four-cylinder engine is still popular and dominant in the Silvia models. This 2.0 – liter turbocharged engine produced 200hp but was capable of 300hp with just a few tweaks. In the US, S13 received a 2.4 NA engine from the factory.

We all know just how popular the S chassis is for drifting. However, 180SX and 240SX in the US are seen at every drift event. It’s perfect for layout with near 50/50 weight distribution and enough power to get you sideways from the factory. Many pro drivers have chosen the S chassis and completely dominated.

With a weight of around 2650 lbs (1200kg), they are quite light. The S13’s 55:45 weight distribution definitely helps keep it balanced around the corners. Equipped with independent suspension (MacPherson struts front and multi-link rear suspension), S13s are easy to control and handle well.

And the last reason that makes drifting Silvia an excellent drift car is that Parts are plentiful. And replacement standard parts and aftermarket tuning parts are trendy, making them easy to come by and well-priced.

With the information, we analyzed in this article, no doubt, the S chassis is an amazing car that will continue to stand at the top of the drift car podium. And we also understand why Nissan Silvia has become so popular in the drifting community. They are light, simple, easy to control, and have a huge aftermarket parts support.

For the money, you’re going to struggle to find such a perfect all-rounder. With its sleek and stylish body combined with the well-refined reliable power plant and chassis, especially at a good price… So we can recommend, that Silvia can be the best partner for you in the drifting process.