When Will The Nissan Silvia S15 Be Legal In The US? 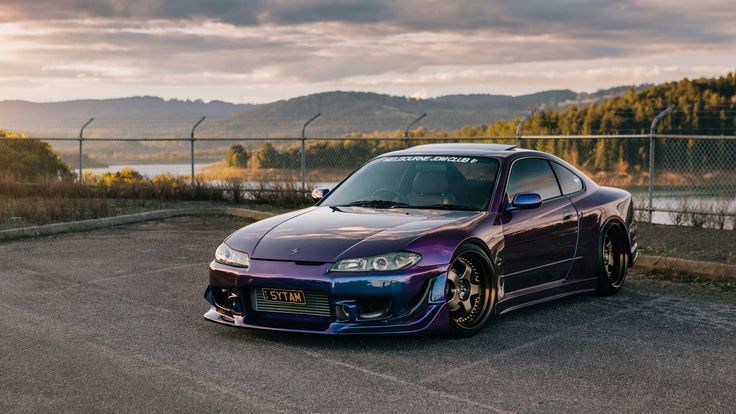 Are you a fan of the action movie: Fast & Furious? Viewers said that “The attraction of Fast & Furious comes also from the desirable and powerful custom cars.” One of those cool cars that we can’t help but mention is the S15 series of Nissan Silvia, it was called a mechanical marvel. This is obviously one of the best drift cars that drifting lovers and many racers in the world dream of owning.

However, the sad truth is that Silvia S15 is banned in the US, so Why? and When will the Nissan Silvia S15 be legal in the US? Let’s find out!

Some Highlights About Nissan Silvia S15.

Let’s start with a question: what year did the s15 come out? The S15 was a new version of the Silvia that was introduced in 1999 and lived for only a few short years.

Redesigned with a new ball-bearing turbocharger and engine management system, Silvia S15 is noticeably different from its predecessors, especially from the aesthetic perspective. The launch of the S15 truly pushed the drifting community to the next level. A car that had a banging platform further concreted the Nissan name as a proper sports car company.

Also known as the Nissan 200SX in the Japanese market. The S15 owns the SR20DET engine block boasting 250 horsepower with turbocharger upgrades and improved engine management. Especially the S15 is also the last generation of the Silvia models, a beautiful work of art from Nissan on the S platform. Which later inspired names on the FM platform like the Fairlady Z (350Z/370Z) ) or Skyline GTR (Infinity G35/G37) was born. S15 appeared in the Tokyo Drift episode with the appearance and engine completely modified by Japanese street engineers.

Many car enthusiasts want to buy the Silvia S15 because it has had great success in local drag races, the competition about drifting, and street racing.

Why Are Some S15 Year Models Illegal?

Specifically, the Silvia S15 has been declared illegal because it does not meet pollution requirements and federal safety. Besides, the design with a right-hand steering column that is similar to cars in the UK is one of the disadvantages that prevent it from reaching customers in the US.

Another important reason is that Silvia S15 is currently banned from being imported into the United States under the 25-Year Rule. This also means that any vehicle 24 years old or less is illegal to import into the United States. This allows car collectors to keep the old cars they have and continue to import them if they wish. As tastes changed, 25 years became too long to wait to keep car enthusiasts happy.

When Will the Nissan Silvia S15 be legal in the US?

Introduced in 1999, Nissan Silvia S15 is still too young to be legal in the US. Under the Import Vehicle Safety Compliance Act in the United State. In 2024, Nissan will officially be imported into the US because, at this time, Silvia S15 will meet the 25-year rule.

Fans of the Gran Turismo and Fast and Furious series will have to wait until 2024 to legally import the Silvia S15 into the US. Unless it’s an import from MotoRex, as the model isn’t yet 25 years old. But don’t worry, you can able to drive this car once it reaches the 25-year mark.

How To Get A Nissan Silvia S15 Legal In The US?

We hate to break you but there’s no way to legally import the Nissan Silvia S15 to the United States until 2024. And it means that these cars will never be sold in the US.

It doesn’t matter whatever paperwork you have, importing Silvia S15 will be illegal and may be confiscated. Illegally importing a Nissan S15 carries severe penalties, including up to 20 years in prison and a $250,000 fine.

Currently, Silvia is only sold in Japan and some other countries in the world like Australia, and New Zealand. Once it reaches the age of 25, it will be freed from NHTSA requirements and legally imported into the United States.

Nissan Silvia vs 240SX: What Is The Difference?
Ken Nakashima
September 16, 2022