Nissan Silvia vs 240SX: What Is The Difference? 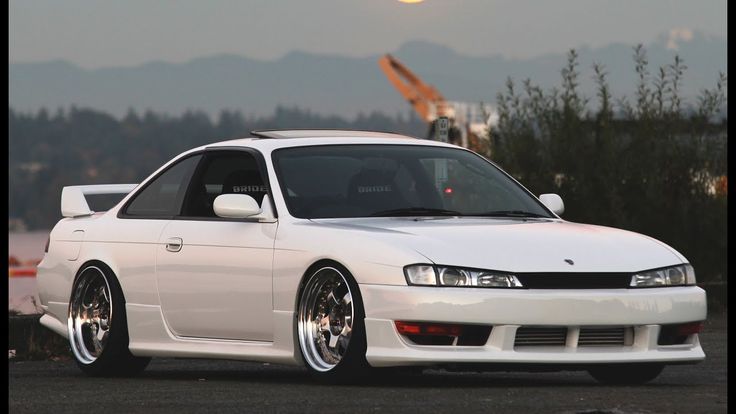 If you are a true JDM car fan, you definitely heard the names Nissan Silvia and Nissan 240 SX. They’re one of the best drift cars that you would like to drive at least once. But are Nissan Silvia vs 240SX the same?

The difference in the names and models has pushed the Nissan enthusiasts into a debate involving a little family of models from a famous Japanese car-Nissan. So to make everything clear, in this post, we will make the key list of the differences between these two models.

Car enthusiasts often have the same opinion: the 90s of the 20th century were the golden age of the Silvia series. Nissan Silvia is positioned in the market as a small sports car with more features and updated versions.

Silvia is one of the oldest Nissan models (since 1964). The car is built on the S-platform. When designing the car, Nissan wanted to target the small sports car market, hitting its main rival, the Toyota Celica. Launched in 1964, in 2002, Nissan introduced to racers many models with different names and modern technology like: the S10, S12, S13, S14, and S15-the last generation of the Silvia.

However, because of its superior rear-wheel drive system compared to the front-wheel drive of Celica. Silvia is preferred by Nissan car enthusiasts. Especially from the S13 generation onwards, when the movement to play Drift began to explode around the world. Although Nissan discontinued the Silvia in 2002, the “tuners” continue to develop parts for them to this day.

The body design with rounded curves gives the impression that the car is bigger than it really is. The distance between the two axles and the tire width is also increased, providing a more stable operation. All these features you can easily notice in the S14 model.

When selling in different countries, Nissan Silvia can be introduced in different names such as Nissan 240SX or Nissan 200SX.

Everything You Need To Know About 240SX

240SX came from Japan together and the Silvia became popular in early Japanese drift culture. Nissan 240SX was produced in the North American market in 1989 and ended its life in 1998. During that time, Nissan produced more than 2 million units for the US market. This model is very popular with car enthusiasts in the US and has created a trend throughout the US.

The 1997 Nissan 240SX version appeared in the first movie of Fast and Furious. Nissan 240SX was born to replace the “elder” 200SX (S12) and is a rear-wheel drive sports car. Currently, the Nissan 240SX is no longer in production. However, the fans’ love for the once Japanese sports car seems to have never ended. Some features of the Nissan 240SX that you can’t ignore:

Nissan Silvia vs 240SX: What Is The Difference?

But the question we need to handle in this piece is: Is the 240sx a silvia? We can affirm that Silvia/240sx are quite the same, just different names based on the country they were sold in. You can call the 240SX a “diluted version” of the Silvia. Specifically, Nissan 240SX: Called “Silvia” in the Japanese market and “200SX” in the European market.

Silvia models and 180SX were designed to focus on the Japanese market meanwhile. 240SX models were made for the US auto market. Besides the difference in the target market, the Nissan Silvia and 240SX also have some minor differences that a lot of drivers overlook:

The difference about the car engine.

The 240SX is one of the first HUDs, and also the first car to introduce the heads-up display and 240sx pop up headlights. Unfortunately, HUD units were problematic and most of the cars on the road today have broken HUD or have been resided by hand back.

Above are some small differences between the 2 models of Nissan Silvia vs 240SX. We hope it will answer your questions as well as assist you when you intend to buy one of these two vehicles. However, it is important for us to remember that basically. They are automotive siblings and come from a Japanese brand – Nissan.