8 Reasons Why You Should Buy The Toyota Corolla AE86 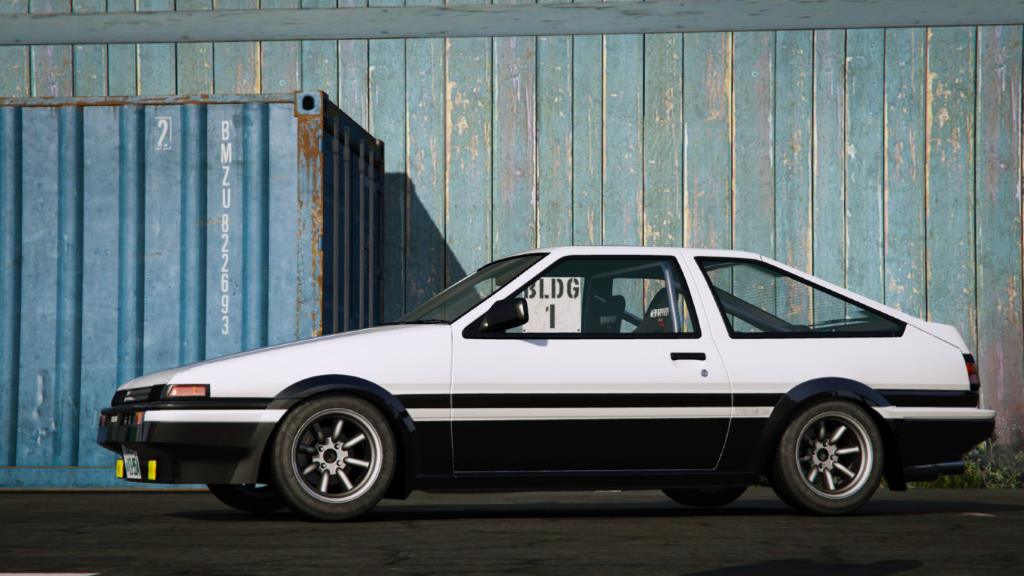 Toyota does not produce many sports cars throughout its history. However, each sports car that Toyota has ever produced, such as the 2000GT and the Supra, gain the fame they deserve. Among the most sought models in history, the Toyota AE86 may be the fittest to become an icon in the world car village.

Referring to Toyota, people will immediately think of a reliable, fuel-efficient, and family-friendly car brand. When it comes to building its cars or releasing a new version, it’s rare for the Japanese automaker to make revolutionary changes.

They may change the chassis design, modify the interior, or increase the engine power slightly to make their car better. But it is rare for them to innovate anything to the utmost. It is that principle that has turned Toyota into the largest car manufacturer in the world.

Toyota has conquered most car segments in the market, but sports cars are the segment where they have shown weakness at many points. However, with every sports car launched, Toyota makes a difference.

Toyota’s sports cars are often unlike any other model on the market. The world’s largest car manufacturer has never focused on engine power but has always committed to providing an enjoyable driving experience to conquer the hearts of dynamic speed and sports enthusiasts.

With the Toyota Sprinter Trueno AE86, Toyota’s legendary sports car that has been continuing the unique tradition of the Japanese manufacturer. Let’s take a look at a few reasons why you should own this popular model in the 80s.

Overview On The Toyota AE86

The Corolla line-up is among the best-selling JDM cars of all time, as well as the “least sports” car Toyota has ever produced. However, the AE86 was the favorite choice for drift lovers and racers from 1985 to 1987.

AE86 is the common name for the old Toyota Corolla Levin and Sprinter Trueno series, produced from 1983-1987. These are two small, low-weight coupes and hatchbacks introduced as part of the fifth-generation Toyota Corolla line-up.

In the past, Sprinter was sold separately at dealers called Toyota Vista Store. Later, Toyota AE86 was the inspiration for the development of rear-wheel drive sports cars GT86, FT86, Scion FR-S, and Subaru BRZ.

The AE86 was considered the “baby” of Toyota at that time when the company decided to use the rear-wheel drive system, to bring new driving experiences to young users.

8 Reasons Why You Should Buy The Toyota AE86

With all the mentioned characteristics, you may become more curious about this legendary model. Here are some reasons why you should buy the Toyota Corolla AE86 for unforgettable driving experience.

The versatility in modification and customization of the Toyota AE86

For the AE86 series, in addition to changing the entire lineup appearance, such as adding wings or chassis robustness, there have been significant modifications. The modified Toyota AE86 projects are available in all corners with many worthy-to-experience outcomes.

Professionals can execute Toyota AE86 upgrades such as reducing its weight compared to its predecessor, which can differ by up to 70 kg, and show the effect of saving fuel.

However, this model’s external dimensions are almost unchanged, so if you are interested in any dimension-adjustment car modification, you may feel a bit disappointed and have to turn to others.

In addition, they also have an independently adjustable steering wheel, radio, air conditioning, and many additional features such as temperature control, keyless entry, CD player, and folding rear view mirror.

The first major upgrade occurred in cars in 1996. In this periods, certain technologies were standardized and new colors, including metallic silver, were introduced.

A year later, minor modifications to the car’s appearance were made, including the use of a front bumper with circular fog lights, a redesigned grille, and multi-reflex headlights, which matched well with the price of the Toyota AE86.

As you may not notice about this model, the engine is the most noticeable difference when comparing the Sprinter Trueno 1998 with the previous version. The engine with the supercharger was subsequently deemed obsolete, leading to its removal and the standard GT designation for the designation class configuration.

Now, the most advanced version of this car owns a 1.6-liter DOHC naturally aspirated 20-valve motor with a capacity of 165 horsepower, which is said to be more than enough for the typical road. In addition, the Trueno has a 100 hp engine with a capacity of 115 hp 1.6 liters.

One trait people may forget about the Toyota Sprinter Trueno is an equipped advanced twin-cam engine jointly developed by Yamaha and Toyota. This car has become an icon in the domestic Japanese market thanks to Keiichi Tsuchiya’s popularity for drifting ability.

Tsuchiya and his AE86 pioneered organized drift competitions and earned so much love, even from afar in both the US and Japan.

The car is fully equipped with both manual and automatic transmissions. In 1997, Toyota introduced a six-speed manual transmission for the model.

At the same time, the performance of the 4A-FE engine was revised, reducing power to 110 hp and fuel consumption. The Sprinter Trueno chassis has not changed much. However, the overall vehicle weight has been reduced due to changes in the component manufacturing process.

All the best features from the top models are retained in this version, such as full disc brakes, the availability of both anti-roll bars, a limited-slip differential, and an adaptive suspension.

First, let’s discuss the dual-cam engine, which has an electronic throttle response and maximum revs of 7,700 rpm. It also sounds great, the background noise becoming a visceral growl when the needle hits 4,500 rpm.

So while the Toyota isn’t as fast by modern standards, it delivers performance to match – as long as you’re willing to fight for it.

Among interesting things you should know about the Toyota AE86, it is forged on a drift circuit, not a pull strip. And it is the way this car handles sharp turns that continues to fascinate fans. The powerless steering feels exclusively responsive, but a push of the gas makes the rear steering easily maneuverable.

The AE86 is renowned for its track record and highway track record in production. This model is popular in showrooms and Group A races but is especially well-known in the rally and circuit races. Even after the AE86 was discontinued, private teams continued to find used ones to form epic and dynamic races.

The car was also a popular entry in races in Ireland and Finland and performed well enough in international touring races. It competes preeminently with Honda Civics and other light vehicles of its kind.

It entered the 1986 European Touring Car Championship and won the Manufacturer’s championship, beating larger cars in awe and admiration.

Vehicles are equipped with ISOFIX child seats, three-point seat belts, anti-lock brakes, and driver’s side airbags. The most crucial modifications occurred in April 1998, when guidelines were established on the GOA body type, significantly enhancing the performance of the safety elements.

At the same time, seat belts with pretensioners, two front airbags, and a force limiter are standard equipment.

There’s a lot to like about this fresh-looking sporty car. As there are more modifications you can check out if you are an upgrading enthusiast. Such as larger front and rear anti-roll bars that lower the suspension and a brace between the front suspension’s turrets.

For driving experiences, it doesn’t feel stiff, raising questions about how soft the standard setting is. Moreover, in terms of stiffness spectrum, with rotational and stable rolling speeds, the car is well-balanced, front to back.

Overall, the Toyota AE86 is a unified dynamic model you should keep an eye on right today.