What Gearheads Should Know About The Toyota AE86? 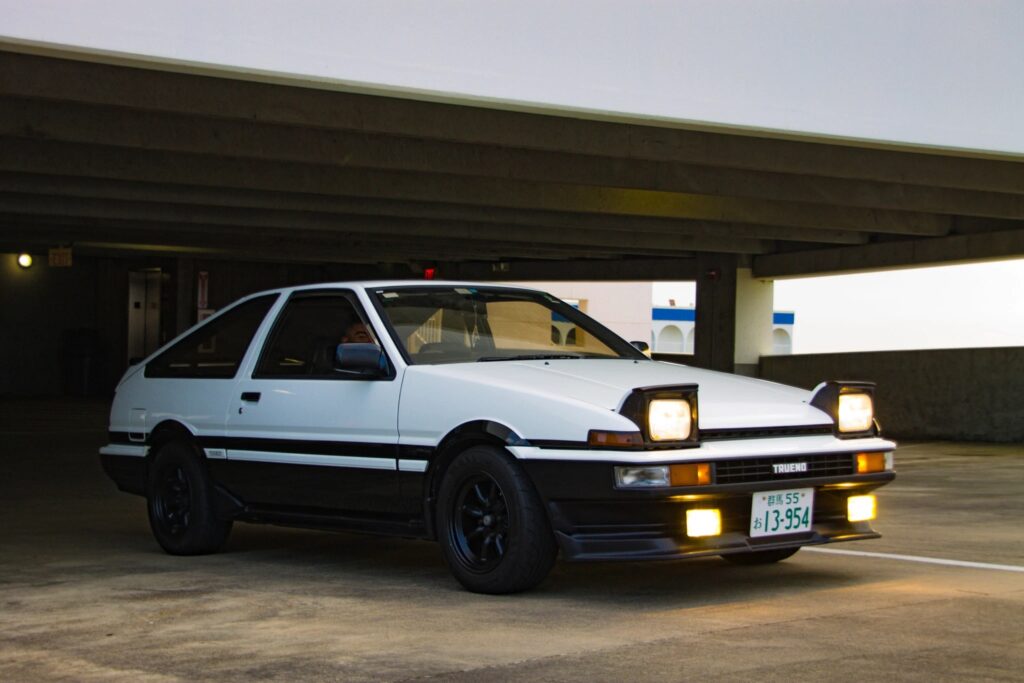 Throughout the history of Toyota, the highlighted model among all is the 1966 Toyota Corolla, and by 1974, it became the best-selling car worldwide. However, aside from its reliability and affordability, there wasn’t much that was interesting about the Corolla until the Toyota AE86 arrived.

The Opening On The Toyota AE86

The Toyota AE86 is available in both coupe and hatchback body styles, and this compact car is truly a marvel. It puts Toyota on the motorsports enthusiast’s map and represents an effective but super cheap way to have fun on the road.

During the production of the AE86, many manufacturers in Japan imitated it. The legendary AE86’s impact on the auto industry and gaming culture has been undeniable. And here’s what every gearhead should know about the Toyota AE86 icon.

Pop culture is one of the biggest reasons why the AE86 has received such widespread love and admiration. Toyota’s AE86 has influenced an entire generation, and its impact on car culture is no exaggeration.

After its release, the Toyota AE86 appeared in many car video games such as Unleashed, and Gran Turismo. However, it is perhaps best known for its role in the Japanese Manga series Initial D.

As one of the most forgetable traits of the AE86 in its early days, it was very active in motorsports. The AE86 participated in a series of races and also won many, including two consecutive British Touring Car Championships in 1986 and 1987. Many Toyota Corollas were used as race cars, so it’s no surprise that the AE86 joins the races.

After the Toyota Celica became the main model of the manufacturer, the AE86 Corolla entered the race. As part of the GR Heritage program, Toyota’s Gazoo Racing announced in November 2012 that it would re-manufacture and sell replacement parts for the AE86 Corolla.

Supply Both FWD and RWD Variants

The first Toyota AE86 Corolla models released in 1983 were RWD, but by 1984 Toyota couldn’t resist creating an FWD version of the car. You know, FWD cars are cheaper to build and, by default, more affordable. FWD vehicles also travel longer, emit less carbon dioxide, and have more traction.

While releasing an FWD variant of the AE86, they continued to make the RWD variant. The RWD variant is available in both coupe and hatchback body styles and comes in two trim levels – Levin and Trueno. Both variants are easily distinguished by their headlights. The AE86 Trueno comes with modern pop-up headlights and the Levin has fixed ones.

During the production of the AE86, Toyota used three powertrains. These include 1.6 liters 4A-C I4 SOHC, 1.6 liter 4A-GEU I4 DOHC and 1.6 liters 4A-GEC I4 DOHC engines. All three engines that AE86 uses are from Toyota’s A series of engines. The 4A-C engine is used for the North American and Australian markets.

However, the Toyota AE86 has evenly distributed weight on the front and rear wheels. As a result, the AE86 can easily perform stunts and slides.

Out of all the Motorsport Tournaments that the Toyota AE86 has participated in, drift is the sport it performs best. While the AE86 performs exceptionally well in car races, it is primarily known for its drift ability.

Most of the drift of the AE86 can be attributed to its impeccable engineering and evenly distributed weight. As for the suspension, Toyota used a direct rear axle instead of an independent rear suspension. The AE86 is also a small and light car, which makes it easy to drift.

There’s a new 86, and of course, Toyota took a lot of inspiration from the AE86. This time, Subaru was invited to contribute to the new project. Both manufacturers worked to create a modern sports car inspired by the AE86.

The original concept model was first revealed as the Toyota FT-86 in 2009. After a series of concept cars introduced by Toyota and Subaru, the sports model was launched in 2012 as the Scion FR-S.

After the 2016 model year, Toyota began marketing the new Toyota 86 as the GT86. The version of Subaru in the project is called the Subaru BRZ. The two cars are still in production nowadays, now in their second generation, with revamped styling, a sturdier chassis, and more power under the hood.

The Toyota AE86 has featured in many video games and car media, but Initial D – a 48-volume Japanese manga series, has made the car a legendary among the best Toyota JDM cars of all time.

Over the years, Toyota’s AE86 Corolla has built up a huge fan base around the world. The Toyota AE86 is a big deal, especially in Japanese car culture.

However, some fans have gone the extra mile in building their own AE86 Corolla from scratch. To be sure, those enthusiasts are excited about the Toyota Gazoo racing plan to make and sell AE86 parts. On YouTube, you will find AE86 fans who have managed to recreate the exact AE86 Corolla from the Initial D Manga series.

The Toyota AE86 was considered the ideal choice for drift lovers in the years 1985-1987. It was the baby of Toyota at that glorious time when the company decided to use the rear-wheel drive system to bring new driving experiences to young users.

Find a chance to have a drive or sit on a Toyota AE86, you may be amazed at what it brings to your driving experience.