Home»Blog»Buying Guide»Is It Illegal To Buy A Toyota Hilux In The US?

Is It Illegal To Buy A Toyota Hilux In The US? 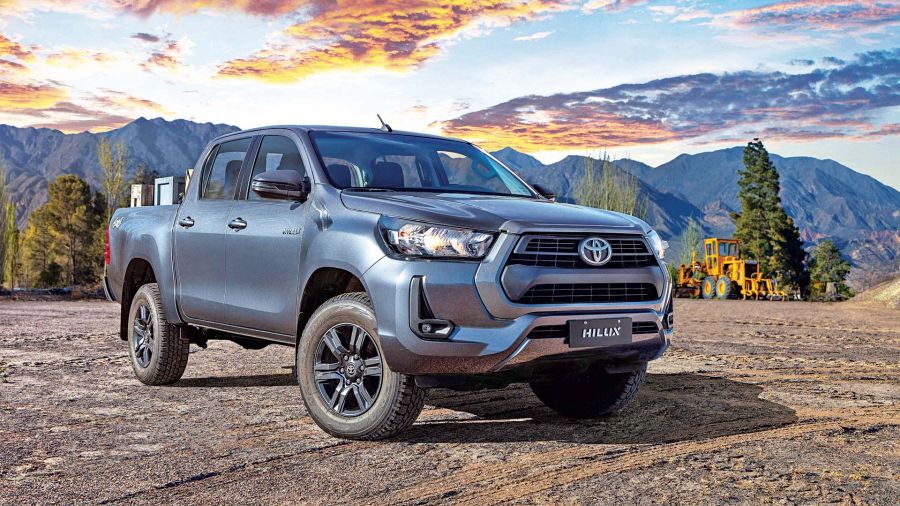 Is it illegal to buy a Toyota Hilux in the US? If you are still wondering about this issue, follow JDM Export’s notices below to grasp some helpful information.

Is It Illegal To Buy a Toyota Hilux In The US?

To make a long story short, buying a Toyota Hilux in the USA is not illegal and is not against any piece of law. However, even if you are a pickup fan and desire to turn one Hilux into your everyday companion, be aware that you will not spot a single model near your neighborhood at the moment.

Finding and buying a Toyota Hilux made in Japan with ease in America can be as hard as seeking a needle in the middle of the sea. The USA became a no-Hilux country as the government imposed a tax called Chicken Tax on the Toyota Hilux. This kind of tax refers to a 25% tariff that car importers have to pay for light pickup trucks, like the Hilux, and other products such as dextrin, potato starch, and brandy.

The story will be different if Toyota has a plan to produce and distribute this car directly in the US market. In this ideal case, for drivers who love to experience it, the Hilux can be a competitive rival to several famous solid truck models.

So, in the end, the Chicken Tax is the answer to the question of why is the Toyota Hilux banned in the US and somewhat a barrier between the pickup truck crown and the Toyota Hilux. Because that extra 25% added a hard-to-bear amount of money to the model, making its prices climb up to the roof and extinguishing its chance to compete in the segment, let alone the whole market.

However, you can still import a Toyota Hilux from every part of the world. The only problem is that by doing so, you will be buying a truck that will cost more than a new Toyota Tacoma when you add all associated importation expenses. Also, you will lose a ton of cash on your Toyota Hilux in the US when selling it.

Why Does The US Chicken Tax Affect The Toyota Hilux?

The Chicken Tax can affect the Toyota Hilux that hard because of the only reason: building outside of the USA. In particular, that extra amount of tax was never launched to ban Toyota from selling the Hilux in America. However, Chicken is still the most affected tax paid towards foreign products. And among them, the Hilux is a car model enduring the most trouble with this law.

Talking about the Chicken Tax, back in 1963, US 36th President Lyndon B. Johnson launched it, responding to a present-at-the-same-time tax applied by Germany and France on US-imported chicken meat.

However, during the period the Chicken Tax was imposed until now, the US only removed the dextrin, brandy, and potato starches taxes. And yet, the big-percent tariff on foreign trucks and payload vans has still stayed in the same place to guard the American auto industry against a load of overseas “invaders”.

On the other bigger picture, capitalism or unrivaled international corporations has always found ways to do business around places with profit. And tariff loopholes in the legal regime have been somehow manipulated over the years.

Even though the Chicken Tax intended to help two US automobile companies, Ford and Chevrolet, they still came up with something called the chassis cab loophole.

A loophole allowed trucks with passenger compartments from foreign manufacturers to be imported and sold in the US with a 4% tariff. The law-sneaking coverage provided a latter-installed cargo box or bed once the vehicle was in America. Then it could be marketed as a light truck there. However, at the end of 1980, President Jimmy Carter finally closed this contaminated regime for good.

Toyota Hilux History: A Beloved Pickup All Around The World

Set aside the tax issue that has always followed the Toyota Hilux from the beginning of its existence in the USA, let’s get to know the history and the solid structure that make the Hilux one of the most beloved pickup trucks around the world.

Some advantages can set the Toyota Hilux into one distinct pickup category as followings:

Toyota vehicles have long been famous around the world for their durability. The Toyota Hilux pickup model is similar. Many skilled workers rate the old Toyota Hilux very well in terms of machine/gearbox durability as well as other utilities.

Hilux rarely has minor breakdowns and does not require too much routine maintenance. This is the strength that helps Hilux still have a place in the second-hand pickup segment in the world.

Can remain the good price

This is one of the advantages that Hilux has over the long-standing Toyota brand. They are available at a very good price, without much loss after a few years of use. Keeping the price is one of the factors that are highly attractive to buyers of used Hilux pickup trucks.

In reality, the fuel cost is one of the biggest expenses when the car is operating. And if measured in units of years, this is also a considerably big number. Therefore, amid an oil-consuming pickup truck market, the old Toyota Hilux is also a bright spot in fuel economy.

According to many car owners, the old Hilux’s fuel consumption is low. For example, an old 2012 Toyota Hilux on the road takes about 7L/100km and 8L/100km on the mountain road. If operating “standard” and applying more fuel-saving driving tips, the consumption level can be even lower than the above figure.

Toyota Hilux comes with a fairly large ground clearance of 222mm while the rival Ford Ranger is 200mm. Therefore, Hilux can adapt well to various terrain thanks to its stable center of gravity.

You may only read and see these dazzling specs through videos or papers. In the end, though you can not buy a brand new Hilux from Toyota centers anywhere in the US, finding an old-but-gold model from overseas may be a great idea.

On the other hand, if you want to find something with a solid and sleeker build similar to the Hilux, keep an eye on its brother, Tacoma.

The Preferable Alternatives: The Toyota Tacoma

Unlike the Southeast Asian market, in the US, the Tacoma is a confrontation with the legendary pickup truck Ford Ranger. The most visible difference between Tacoma and Hilux comes from the width of the cockpit. In addition, while the Hilux has a single-cabin option, the Tacoma elder only comes with a dual-cabin variant.

The Toyota Hilux is a commercial vehicle, while the Tacoma is a retail vehicle in the United States. That may be the reason the Hilux is available in a single cab form. On the other hand, Toyota Tacoma does not offer chassis cabs but underscoring the pickup truck’s retail credentials.

Moreover, Hilux’s production focuse a lot on diesel engines typically used only in big, heavy-duty trucks. So American drivers may not crown it as the top-knot model compared to others.

Although it is not and will never be illegal to buy a Toyota Hilux in the US, you may want to think about the Chicken Tax more carefully. Since it is the greatest-effected tariff against your every craving innocent importing vehicle.

Head to the Tacoma and other solid-deal models in the market. If not into that idea, consider buying one good cheap used Toyota Hilux from JDM Export today.